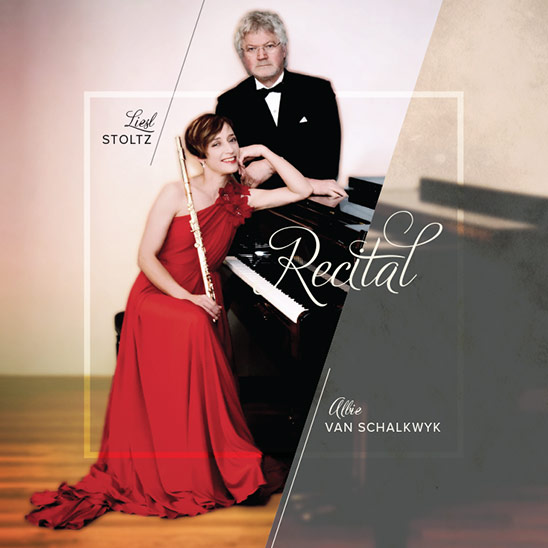 Available now on:
Update Required To play the media you will need to either update your browser to a recent version or update your Flash plugin.

The long and creative collaboration between Liesl Stoltz and pianist Albie van Schalkwyk, has finally been captured on CD.

This CD, titled “Recital”, features well known Romantic works for flute and includes pieces by Schumann, Kuhlau, Godard, Fauré, Hüe, and Enescu. The repertoire was selected from works that Stoltz and Van Schalkwyk have often performed during their creative partnership that spans more than two decades.  Stoltz says she wanted to capture this special connection by recording works that speak to one’s heart and soul rather than serving as a display of technique.