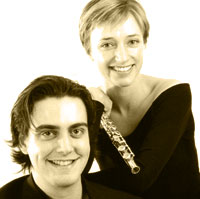 In live flute recitals this instrument is heard predominantly with orchestral, piano and/or harpsichord accompaniment. The popular flute and harp combination is seldo heard on the concert platform, and the combination of flute and guitar is heard only sporadically.

It was therefore an unusual pleasure to welcome the flute and guitar recital by Opus Duo at the University of Port Elizabeth. (I must confess, however, that for the second time in my concert-going career I slipped up badly in mistaking the starting time of a performance and consequently did not hear the first two works – Ibert and Giuliani – on the programme.)

Liesl Stoltz’s masterly flute playing is well-known, not only to South African audiences but also to audiences elsewhere – perhaps not as well as it should be. I am sure her playing is as good as the best that can be heard internationally.

When I joined the audience at the beginning of Mario Castelnuovo-Tedesco’s Sonatina for Flute and Guitar, my introduction to the Portuguese guitarist Pedro Rodrigues was very positive. It was immediately apparent in the Allegro grazioso that technically and musically the duo performs on the same wavelength in refined oneness, with each of the two musical roles clearly defined and individually articulated. The lively dialogue, the exchange and complementing of one another’s musical motifs, the lyrical cantabile, convinced me completely of their joint mastery. But I did feel that the relaxed atmosphere in the Tempo di Siciliana, and the playful rendition of the allegro con spirito was somewhat overfriendly.

After the interval the well-known Distribuicao de Flores and Bachianas Brasileiras no. 5 (originally for orchestra) of Heitor Villa-Lobos were imaginatively rendered, with, in the rich cantabile melody of the former, a passage for solo guitar, and special effects for both instruments in the latter, with its eloquently contrasting dynamics.

In that work and also in four movements of the last work on the programme, Histoire du Tango van Astor Piazzolla, Opus Duo once again demonstrated their musical diversity. There was the enticing rhythmical dance, in Bordello 1900, with percussion effects, the fiery passion following a meditative guitar introduction in Café 1930, and the frenetic and intensely busy atmosphere in Nightclub 1960 with its contrasting virtuoso expressiveness.

The ending, Concert d’Aujourd’hui, begins with a jazz-like motif on the guitar, to which the flute replies and which it develops. And it all leads to a delightful ending. Did I hear Prokofiev’s voice in this music?

This recital deserved a larger audience. I suspect that the publicity was quite inadequate. 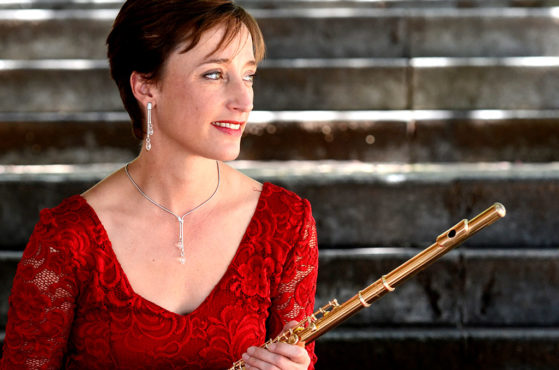